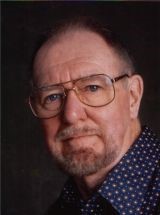 Shiki said that in order to write a haiku a good mental discipline to follow was to look down at the violet at your feet and then look up at the distant mountain. David’s version of this might have been to take infinite care of a little enclosed patch of soil in Shalford, Essex, UK and then canoe up-river in Borneo in order to inspect the local schools. Microcosm/macrocosm with a nice haiku-generating time & space for synthesis in between.

At the end of WW2, National Service tank patrols in Germany, Egypt, & Palestine contributed to what David called his large ‘world outlook’. Teaching German in Newark Grammar School was followed by working for the Unesco Institute for Education in Hamburg, organising annual seminars for young teachers in Education for Mutual Understanding. A course he ran several times in Bursa, Turkey, on Matching East & West aroused his interest in Eastern Culture; he spent eleven years teaching German in Thailand. In 1970 an executive position with Longmans had him writing ESL/EFL courses which involved much travel – France, Greece, Ghana, and the Middle East (especially Jordan).

All who were privileged to know David will have experienced the results of his quietly conscientious organisational flair, learned over his years as ‘world-man’, and they’ll know of his ability to build relationships both nationally and internationally; he made a tireless contribution, of course, to promoting haiku and pioneering the promotion of haibun and he helped many individuals to make sense of it all. In a very brief bit of Internet advertisement he disarmingly said that he’d ‘…written quite a few essays, articles, reviews, and been part of numerous workshops, seminars, readings, as well as delivering haiku presentations in schools and colleges…’

I know how he worked early on, without making a great song & dance, behind the scenes to help meld together (with a deal of sceptical humour) the small but growing BHS membership he referred to as ‘…hermits and semi-troglodytes, far-flung across the UK, who were not afraid to challenge each other, to debate a gathering consensus…’ which he eventually cast as a ‘Composite View’, duly taken up in New Zealand, Romania & Croatia and applauded by Cor can den Heuvel. To make BHS work ‘…we just did whatever seemed necessary or desirable just as the need or opportunity arose…’ They were heady days with less emphasis on membership growth and more concern for defining the nature of haiku. David was not a little sad at the end about the way some examples of global ‘haiku’ were moving away from the ideas behind his ‘Composite View’.

He and I cooperated over many early projects and our families spent quite a lot of time together. He was especially pleased in the early years with the song cycles I composed setting his haiku for piano quartet and soprano (done in Romania) and guitar & recorder (Keats House) Working closely with him I came to know and respect him as knowledgeable, humorous (plastic pond/a frog jumps/past it) bloody-minded, irascible, infinitely lovable, caring, insightful – a deeply self-committed individual. There’s a hole in my life that I want to fill with my very special memories of him: for example, picking up a stone with three lines in it from a street in Sighişoara, Romania, and giving it to me as a ‘haiku stone’…

When he discovered that my wife was making artistic collages using little pieces of rusty old metal he used to bring small offerings that he’d found on his walks. I relate this to the fact that when he first discovered haiku they seemed to have something ‘very natural about them…’ He ‘…responded instinctively to them; they were just something you found lying around on a walk…’

an aimless stroll
pockets that slowly fill
with small round stones

Once, lunching together in a Thai Restaurant in Holbeach, Lincolnshire, UK, I was mighty surprised when he suddenly burst into what I imagine was fluent Thai with the owner who was, of course, charmed. He had a facility for charming the most unlikely people.

To obtain Charity Status, BHS had to have a Constitution. David wrote the first version modelling it on the Shalford Cricket Club example with which he was familiar.

in the bedroom mirror
the old slow bowler
bowls at himself

We often read David’s haiku, perhaps, wondering how he worked. I was surprised to find myself quoted in his little Website: ‘I write haiku in both the supposedly prescribed 17 syllables, but mainly in free verse form (working to the Blundellian Axiom, ‘chuck it out the window and see if it will fly.’) My rule of thumb is to use the minimum words needed to reveal the effect (or surprise) latent in some thing or event that catches my eye (or other sense)…’ When I last saw him in November 2018 he gave me the following list which he had apparently drawn up some years ago thinking of  RHBlyth’s thirteen characteristics of the state of mind which the creation & appreciation of haiku demand – selflessness, loneliness, grateful acceptance, non-intellectuality, contradictoriness, humour, freedom, non-morality, simplicity, materiality, love & courage.  These were the principles on which David said he had worked ever since his tentative beginnings in the mid-eighties when he communed with Joan Giroux and James Hackett.

daffodil morning
looking for something
very blue to wear

‘…came out straight completely unchanged; it was a day when I had to appear at work wearing something special – I had to think about my appearance – there was something inevitable about the connection between one bit and the other – the result of asking the question, what has your brain cooked up for you?…’

The same goes for this unpublished and probably somewhere amongst the last haiku David ever wrote:-

in the little garden in Shalford where the last offshoot from an Okinawa red hibiscus he smuggled from Japan in his holdall in the late 1970’s was giving up the ghost.

This is my favourite photo of David Cobb taken in September 1994 at the Haiku Festival in Constanţa, Romania. He wrote about the event in Blithe Spirit Volume 5 Number 1 (February 1995) thus:-

In his travel writings, Bashō records moments when he ‘crosses barriers’ as being of deep significance, spiritual, poetical and cultural; they are not just topographical curiosities, but milestones in his development as a poet.

The Second International Haiku Festival at Constanța, Romania, 16-18 September 1994, was, for Colin Blundell and myself, who were among the 50-60 privileged to attend it, rather like one of those ‘barriers’. We advanced towards it with some trepidation, but left it with feelings of euphoria, achievement and enrichment. (‘Crossing the barrier’ also suggests escaping from the indifference and even antagonism towards haiku which many of us encounter at home and which, it seems, does not apply only to the Brits but also to New Zealanders and Romanians, for example. Sad, considering that haiku is a universally-shared poetic experience.)

It is probably no overstatement to say that this Festival is, to date, the greatest haiku event ever to take place in Europe, and its success was due, above all, to the vision and indefatigable energy of Ion and Mihaela Codrescu, and their charisma which has extraordinary power to mobilise the efforts of many helpers. If there was a Nobel Prize for Promoting Haiku, no one but the Codrescu’s could possibly be candidates.

Imagine, in a country where there are logistical and financial problems, surmounting the task of transporting and accommodating 16 participants from abroad (representing Belgium, Britain, Croatia, France, Japan, New Zealand, USA). Imagine getting out a bilingual anthology (‘Round the Pond’, how some 50 haijin around the world first encountered haiku) and at the same time a special bilingual Bashō commemorative issue of the journal ‘Albatross’, to coincide with the Festival. Imagine mounting a haiku book exhibition in the Museum of Art and an exhibition of Romanian students’ haiga posters at the House of Culture, where 22 papers (including a very lengthy one by James Hackett and one on ‘Found Haiku’ written by Colin Blundell the night before it was presented) were read in the lecture theatre. Imagine arranging for all these papers, as well as all announcements, and so on, to be available in the two ‘official’ languages of the Festival, Romanian and English, either through prepared translations in print or impromptu consecutive translations; with a few additions in and out of French for good measure. Imagine arranging a quintet of four musicians and a soprano from the State Theatre to rehearse and perform Colin Blundell’s two song cycles based on haiku by James Kirkup and myself (a ‘world premiere’ performance which was greeted with long and deserved applause). Imagine interviews on local radio and national TV, reports in the press. Imagine launching a series of new awards for achievement in various fields of haiku — British readers will be pleased to hear James Kirkup was given the award for translation. Imagine taking 14 haijin, some of them quite tasty, to Dracula’s Castle, and bringing them out again, alive. Imagine, if it doesn’t introduce a note of bathos, dealing with baggage lost in transit by the airways. All this the Codrescu’s and their twenty or thirty helpers accomplished without appearing to shed a grey hair. It was a triumph of organisation under difficult circumstances.

*
Now David has ‘crossed the barrier’, his funeral having been delayed for some time because of the Plague, I offer this allusive haiku which I know he would have enjoyed:-

The allusion is to what is probably my favourite Cobb haiku:-

at the Gates of Eternity
I take her hand and say,
“It snows in Essex…”

There is a very deep hole in my being.

The Song Cycle at Keats House done by Nigel Benson and myself — songs for James Kirkup who was present :-